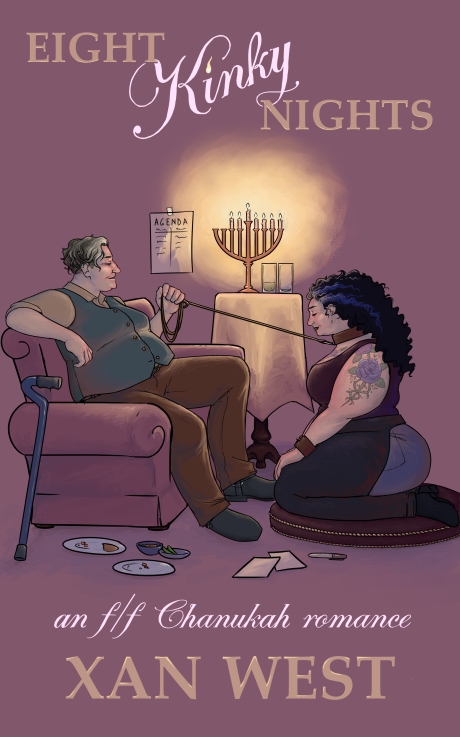 Buy ebook at other e-tailers 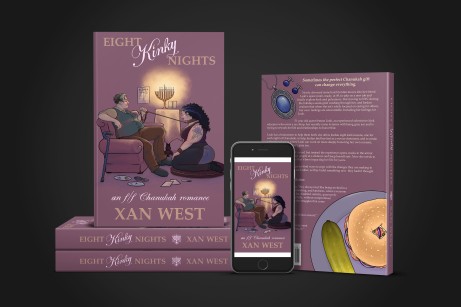 Sometimes the perfect Chanukah gift can change everything.

Newly divorced stone butch Jordan moves into her friend Leah’s spare room, ready, at 49, to take on a new job and finally explore kink and polyamory. But moving to NYC during the holidays sends grief crashing through her, and Jordan realizes that when she isn’t solely focused on caring for others, her own feelings are unavoidable. Including her feelings for Leah.

51 year old queer femme Leah, an experienced submissive kink educator who owns a sex shop, has recently come to terms with being gray ace and is trying to rework her life and relationships to honor that.

Leah has a brainstorm to help them both: she offers Jordan eight kink lessons, one for each night of Chanukah, to help Jordan find her feet as a novice dominant, and to create a structured space where Leah can work on more deeply honoring her own consent, now that she knows she’s gray ace.

She’d planned to keep it casual, but instead the experience opens cracks in the armor Leah’s been using to keep people at a distance and keep herself safe. Now she needs to grapple with the trauma that’s been impacting her life for years.

Can these two autistic queers find ways to cope with the changes they are making in their lives and support each other, as they build something new they hadn’t thought was possible?

“This book is recommended to readers looking for a story with kink that is thoughtful about D/s relationship dynamics, features protagonists with autism, has a very diverse cast of characters who are part of one or often several marginalized groups, and does not require monogamy for a HEA.” —Library Journal

“Eight Kinky Nights is unapologetically kinky, queer, autistic, and Jewish, and I love it for that!…Reading this book in a lot of ways feels like being seen for the first time when it comes to the autistic representation. The rep is OwnVoices and it shows. Both Leah and Jordan are autistic, as are several secondary characters, and seeing them allowed to be authentically themselves is so freeing.” —Laura

“During Hanukkah which corresponds with Jordan’s father’s Yahrzeit…the two, especially Leah, work through a lot of problems from the past and learn to be hopeful for the future while trusting each other to love and become more. And it’s lovely and meaningful….The book has some very sexy kink scenes but it still feels like a lovely, warm, soft blanket and is such a comforting read.” —Felicia Grossman, author of Appetities and Vices

“Some of the best autistic rep I’ve ever read.” –Brooke Winters

“On the polyamorous aspects of this novel, I really loved that around the main romantic thread of Jordan and Leah, there was also the beginnings of other relationships forming between Leah and Ellie, as well as between Jordan and Shiloh. At no point did these other relationships take away from anything, and it was just gorgeous to see them put on the page as though it was a totally normal thing seen in fiction.” —Nicole Field, editor of Happiness in Numbers

“I am just so tired of having to be on guard all of the time around trans characters. I am so tired of being treated like a novelty and like someone who barely deserves basic respect, even by authors who are the rock stars and celebrities of my world. To see an author make multiple efforts to make the characters respected for who they were in a way that was very blunt was beyond refreshing and I am just so thankful. I did not fear for bad representation. I didn’t fear that I would be angry at just being a plot device. Not once was being trans a plot device. Not ONCE. My trans heart is so full of love and happiness right now.” —Isaiah at MI Book Reviews

“Overall, Eight Kinky Nights is amazing. The characters feel very real and I connected with many of them. I’m happy that this book exists and maybe reading it will become a hannukkah tradition.” —Katie at Bookishly Thinking

“Even though it is about Eight Kinky Nights in theory, it’s so far from it & I mean that in the best of ways. We’ve got a slow set up, finding our feet together with the characters, & slowly moving into the kink part. But we’re not staying there.” —Ela at The Queer Bookish

“The most adorable, compassionate & complicated romance I have yet encountered. So much respect for Xan West.” —Teamama

“Not only have I read this twice, I have bought it for 3 friends already. It’s RIVETING & gorgeous & hilarious & moving & OMG HOT. Absolutely the perfect/complete example of A GREAT READ. I am already better for having got to know Jordan & Leah, & I hope very much to see them again!!” —Kate Setzer Kamphausen

“I always love everything by this writer, but…this is probably the best kinky romance I’ve ever read, in my life. in fact one of the best romances, period. I’m glad I bought this because I’m sure I’ll be coming back to it as a comfort read, but also it really resonated with me emotionally. I’m always astonished by this author’s ability to accurately and beautifully portray how kink feels from the inside, from all perspectives, and I’m so glad they’re publishing longer things now, because I loved getting to explore that at length.” —Emi

Lists that include Eight Kinky Nights 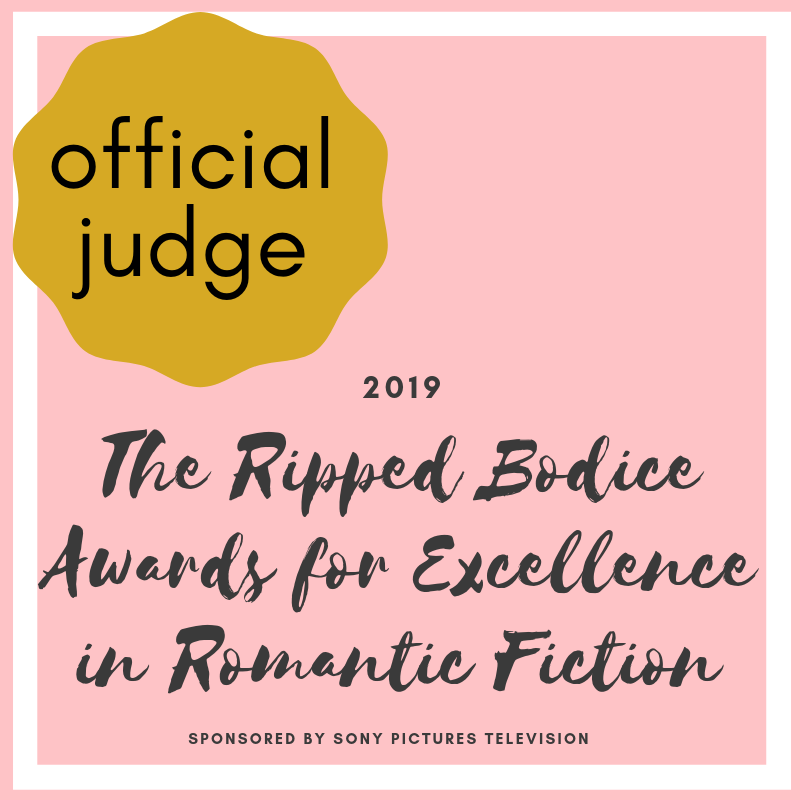 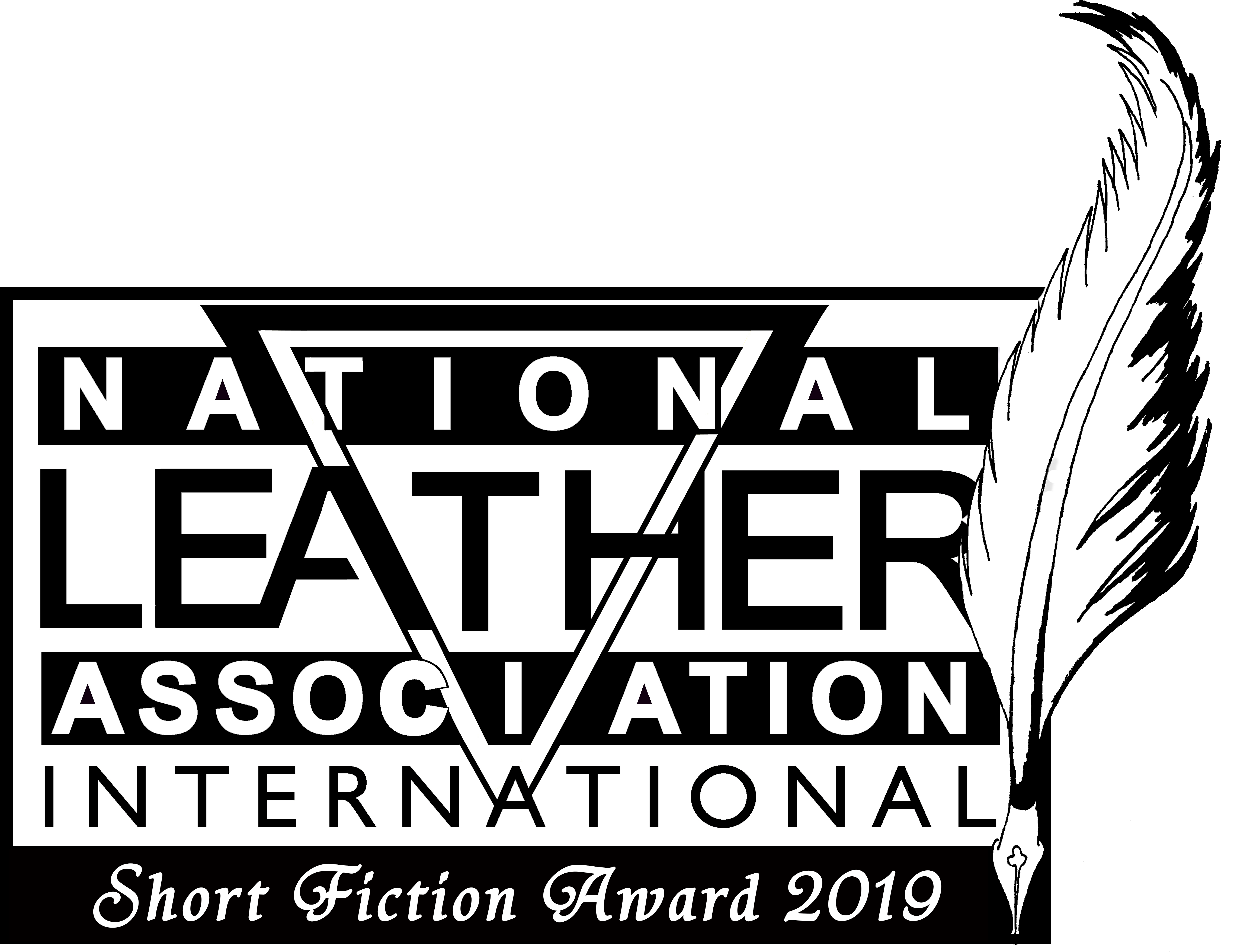 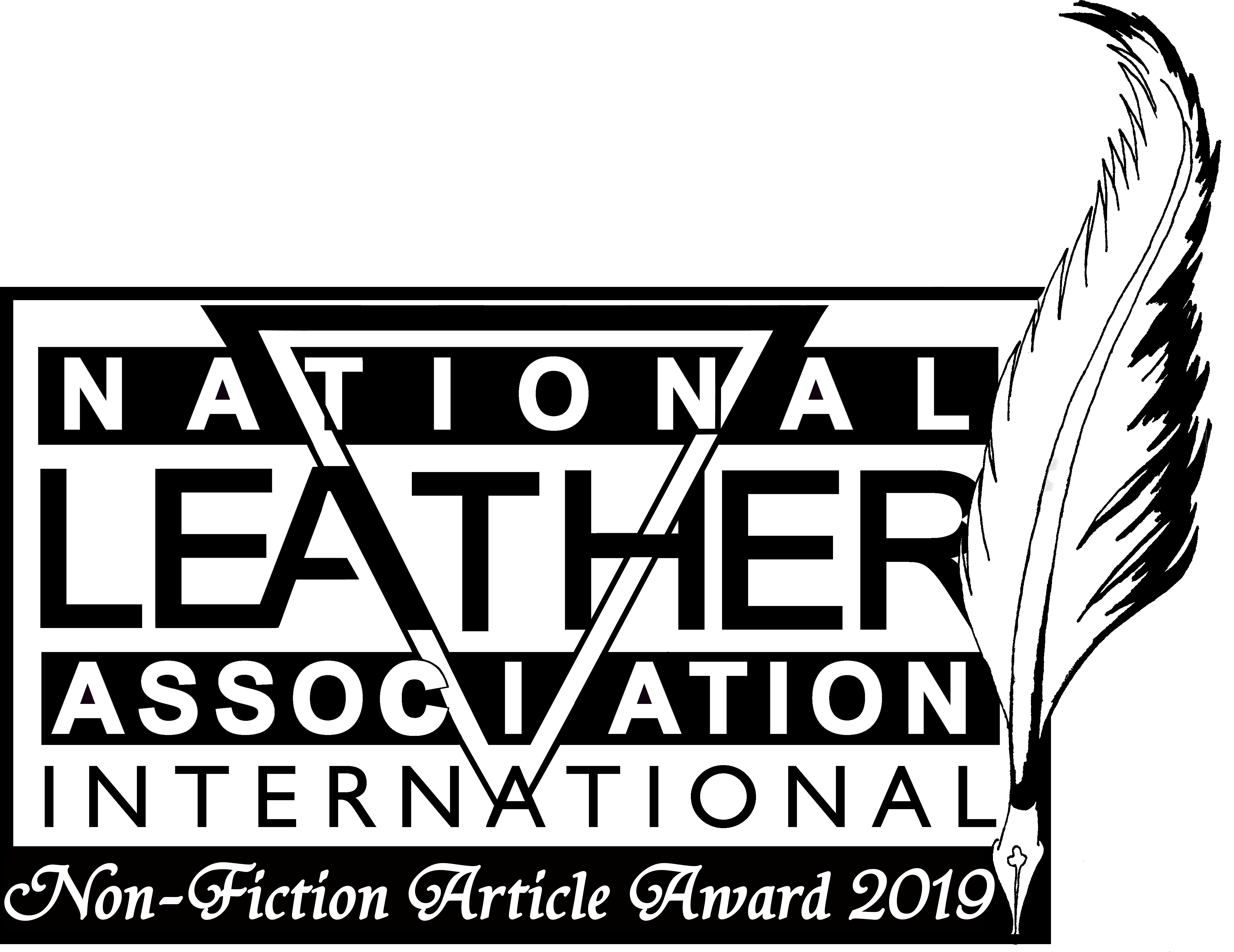